This paper was recently accepted by EurJMedChem and describes the use of SeeSAR and StarDrop’s ADME models to guide the design of potent, selective MAO-A and -B inhibitors with appropriate ADME properties for the treatment of Parkinson’s disease and other neurological disorders. 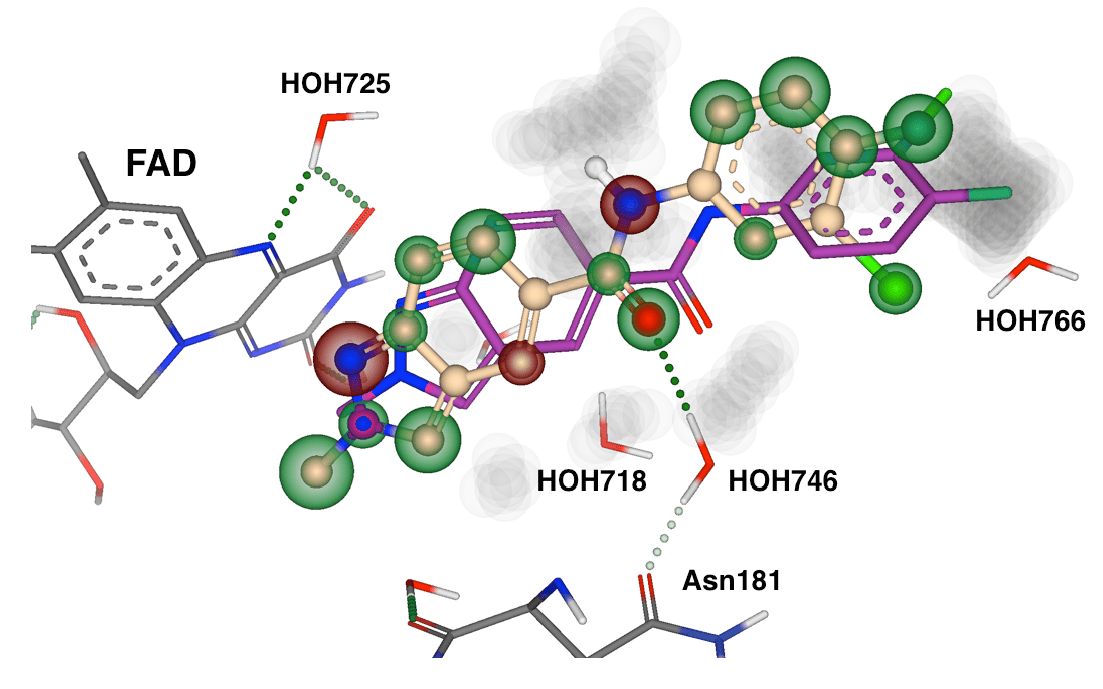 The pharmacological and physicochemical analysis of structurally optimized N-alkyl-substituted indazole-5-carboxamides, developed as potential drug and radioligand candidates for the treatment and diagnosis of Parkinson’s disease (PD) and other neurological disorders, is reported. Recent efforts have been focused on the development of subnanomolar potent, selective MAO-B (N1-alkyl-substituted compounds 12a–14a and 15) and dual active MAO-A/B (N2-methylated compounds 12b–14b) inhibitors with nanomolar potency towards MAO-B and moderately active against MAO-A enzyme, respectively. The most promising drug-like derivatives in both series were N-(3-chloro-4-fluorophenyl)-1-methyl-1H-indazole-5-carboxamide (13a, NTZ-1441, IC50 hMAO-B 0.662 nM, 15000-fold selective versus MAO-A) and N-(3-chloro-4-fluorophenyl)-2-methyl-2H-indazole-5-carboxamide (13b, NTZ-1442, IC50 hMAO-B 8.08 nM, IC50 hMAO-A 0.56 μM, SI = 70). Moreover, compounds 13a and 13b were predicted to cross both the gastrointestinal tract (at pH 2.0, 5.5, and 7,4) and the blood-brain barrier (BBB) in vitro with appropriate drug-like properties required for CNS active drugs. Combined single X-ray/molecular modeling studies provided insights into the enzyme–inhibitor interactions within both MAO isoforms and the rationale for their inhibitory activity with controlled MAO-A/B selectivity – despite their small structural differences. The binding modes of 12a,b and 13a,b confirmed that the major interactions with hMAO-B were established via the flexible carbonyl group of the carboxamide linkage and the electron-donating nitrogens N1 or N2 of the indazole moiety, allowing further exploration of the alkyl side chain for next step lead optimization efforts.

You can download a preprint of this article as a PDF.